Most would wonder why a world class poker champion like Darren Woods who has made nearly $213,000 in Las Vegas poker games in 2011 would indulge in fraud at online poker. He has been accused of using false identification to play poker at various online sites and earning commissions which would not have been possible if he had played as one person. His father Morteza Gharoon has also been made co-accused in this online fraud and money laundering exercise as he stays at the same address as Darren Woods which was the location of 13 frauds carried between Jan 2007 to 2012. 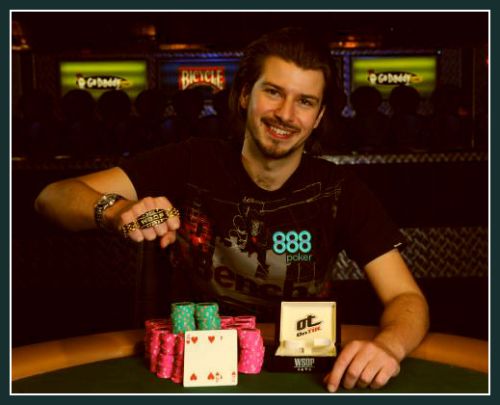 According to prosecuting Officer Alasdair Campbell, Woods had created accounts at online poker sites under false identities and was able to thwart sophisticated techniques used by them. He colluded with his father, to use identities of real people to open accounts with online poker gaming companies. The money Darren collected as commissions would not have been possible if he would have played as a single player at poker. The series of fraud began after he was declared bankrupt in 2007. He has been accused of earning £ 147,266 in commissions from 2010 to 2011 using false names and identities.

As a successful property investor with several properties in the expensive Grimsby area and an Iranian national, Morteza Gharoon had personal details of his clients like address, occupation, date of birth etc., which were used by his son to create false identities. He has stated that the allegations and false and his son was handling his online poker account since he was unfamiliar with technology. He has also been charged with money laundering through credit card bills for his son.

How the fraud was done

Darren Woods used false names to purchase private networks and computers to confuse gaming companies and provide them necessary details. Woods made his commissions by opening accounts under false names with online poker company and playing at one table using all these identities at the same time. This gave him a dishonest advantage over other unassuming players as he knew the cards of his false identities. Besides using his dad’s identity to play online poker, Darren also used the identity details of his mother Jacqueline Gharoon and of his friend Lloyd Stockely-Bond.